The priceless hypocrisy of Marcus Brigstocke

BEGIN transcript of the words of Marcus Brigstocke from the above (these aren’t my words — I wish they were!):

Apparently, global warming is a liberal conspiracy. Erm, you know, because of all the stuff that we have to gain from it, like, erm… erm… y’know, things like, erm…

NOTHING AT ALL, YOU LYING BASTARDS!

I warn you, I am slightly on one this evening; now, look, I’m no scientist, clearly: I’ve met a woman. I am willing to admit that the global warming thing has gained momentum like a chubby Texan soaked in oil sliding down a hill of his own chip-wrappers — YEEEEHAH! But there is a big problem right at the core of the anti-environmentalists’ argument; here it is:

Oi, Deirdre, do you think it’s getting warmer?

About two years ago there were thousands of people saying,

Now these same people are saying,

‘All right, it is happening, but it’s definitely not our fault.’

Hang on, isn’t that the same as saying,

‘I can categorically say I’m not having an affair, and anyway, she seduced me!’

If you used to belong to the denier’s camp, and you’re now in the ‘it’s anyone but us’ camp then your motives are as suspect as an ITV phone quiz.

I know it smells foul, but don’t forget to breathe

If you’re in either of those two camps I mentioned, or, worse still the ‘it is happening, and it is our fault, but what’s the point of doing anything because China isn’t (Richard Littlejohn, you hate-filled swine, I know that’s where you’re hiding, come out, you vicious little prick): 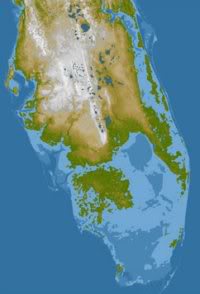 There’s lots that China isn’t doing that’s still worth our while. Democracy. Human rights. Eating Cheddar. To name but three. If your excuse for behaving like a selfish, backward, arrogant twonk is ‘China,’ then please, buy a house near the sea and stay in it when the water comes up over your head.

Now, one of the accusations in this Martin Durkin documentary on Channel 4 was that the people who tell us that global warming is happening — some 80% of the scientific community, by the way, and if that’s enough science for 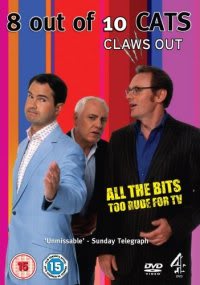 There’s lies, damn lies, and – oh, there’s the truth, too

cats to choose what food to eat, it’s certainly good enough for me; anyway — Martin Durkin asserts that they are lying and deceiving us, and misrepresenting the facts, and, certainly, he would know; he made a documentary called ‘Against Nature’ after which Channel 4 had to broadcast a prime-time apology (something they’re now working into their regular schedules, I think) because the Independent Television Commission stated that:

‘comparison of the unedited and edited transcripts confirmed that the editing of the interviews of the environmentalists who contributed had indeed distorted or misrepresented their known views. It was also found that the production company had misled them.’

Someone’s pants are on fire! Whose are they? They’re Martin Durkin’s.

In Thursday’s Times there is an exchange between an eminent scientist, a respected scientific author, and Durkin. Mr Armand Leroi emailed Durkin to point out that a huge amount of the data he had referred to was out of date and had now been disproved. He said, in the email,

‘to put this bluntly, the data that you showed in your programme were wrong in several different ways.’

Let’s look at the lousy science he tried to pass off as reality in his steaming heap of a programme: He tried to prove that solar power was useless by going to a hospital in Africa serving several remote communities that had two solar panels on the roof; now, I say ‘two solar panels’: one of them closely resembled those little panels you used to get in a Casio watch in the early 80s, that, if you stood very still at mid-day in August somewhere near the Equator, maybe, just maybe, you could tell the time. And that was his proof.

They then cut inside to a sad-looking African doctor saying,

‘yes, it’s either the fridge full of vaccines or the lights, not both’

‘What if they had some more money, and got another panel?’

What? Are you seriously saying that some of Africa’s problems are due to a lack of resources and not in fact the deliberate attempt of a load of malevolent greenies to prevent them having a better life?

You, Mitch Benn, are a communist. 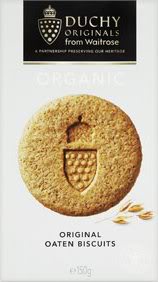 One of the claims was that Bush and his people are spending too much money researching climate change. I’m sorry. ‘Too much.’ Yes, of course they are, famously, we know this of the Bush administration: they just hurl money at the climate change situation; they’re obsessed with it, they go on and on, ohh, the climate’s changing, we must do something about it, of course, that’s absolutely right.

Repeat after me: ‘monoculture is good’

And, err, what else needs to be done? Well, air stewardesses should wear more make-up; err… there’s not enough branches of Tescos and is there any way we could make Jeremy Clarkson just a bit more interested in cars, ’cause sometimes I think he doesn’t care!

D’you know, the Daily Mail ran a headline last weekend: ‘EU switches off our light bulbs’. Good grief, only the Daily Mail could try to generate a feeling of nostalgic inertia over a bloody light bulb.

How many Daily Mail readers does it take to change a light bulb?

‘What was wrong with the old one, eh? Remember the good old days when bulbs were round and not curly, oh, where is the Britain of our past? It’s political correctness gone mad.’

Man-made climate change is not a scientific certainty. But the balance of probability says it is happening. If it’s not, people in the future might play this and say ‘well, listen to that hysterical whining greenie, what a dupe! He was taken in, what a fool.’ I can live with that. But what if it is happening? And it’s our fault? And Martin Durkin is wrong, or just lying, like the big Durkin he seems to be? What if we are in a position to change it, and we don’t? It won’t kill us to drive a smaller car, switch a thing off when we’ve finished with it, change the odd light bulb, holiday in Bognor Regis — alright, that sucks, but the rest of it is not so bad.

END transcript. These words below are not as good, but they are mine:

As one YouTube stalker is fond of pointing out, you can’t accuse Marcus Brigstocke of not being well-travelled.

But for my money, people like Marcus are invaluable; they help spread the word about where we are going wrong in our lives. It’s true that his actions can have the appearance of hypocrisy (especially when you cherry-pick your data, as his AGW denier stalker so clearly does); but were he to stop, his message would also stop. In my view, he’s paying far more than the going rate for his carbon consumption. It’s the inequity of the true cost of the average aristocrat’s private jet, or the holidaymaker’s ‘cheap’ weekend flight abroad – these cost us the planet.

Besides, Marcus’ ethics are clearly not misplaced:

How many tons of fuel does it take to haul your fat arse across the planet?

“I rarely fly, for environmental reasons more than anything else. I take most of my holidays in northern Europe and I either drive or take the train […] Going to the south of France with my parents and my sister. We drove from England […] weekends in Brighton […] Edinburgh during the festival is an amazing place […] The Brecon Beacons and the Black Mountains are just glorious, too […] bought a motorhome a few years ago and have just exchanged it for an Airstream trailer, so that has changed my view of travel; the journey has become the holiday.”

Some things are in our hands. For one thing, we can think about not flying. (I already have done, and have chosen never to fly again.)

And now that my bum’s gone flat from sitting here for hours putting this together, I’m off to see what Plane Stupid are up to…

10 Responses to The priceless hypocrisy of Marcus Brigstocke