What can I do?

Humanity’s demands on our planet’s resources now exceeds nature’s ability to regenerate by a massive 50%. This means that we would need one and a half planet Earths to support humanity’s current ecological footprint. And — largely due to ignorance — the gulf is widening; every year, homo fatuus brutus demands more and more of the one planet upon which it lives.

The mounting costs of this problem include deforestation, fresh-water scarcity, biodiversity loss, climate change, and more economic instability and inequality.

Smokie in concert in Moscow, 1994 (I was there). Funny story… when Smokie arrived at the airport for the gig, the band was mobbed by Russians who demanded that they should play ‘What can I do’. In the days leading up to the concert, Smokie were practising this song — one that they hadn’t played for twenty-odd years — not far from the office where I was working. The tune wafted repeatedly down the hallway as I toiled away. 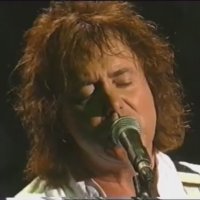 Why were the Russian fans so adamant that this particular song must feature in the concert? It turns out that — unbeknown to Smokie, all these years — ‘What can I do?’ sounds like the Russian phrase ‘Wodka nido’: bring vodka! (and so, naturally, the song was a big hit in Russia when it was first released back in the mid-1970s).

2 Responses to What can I do?